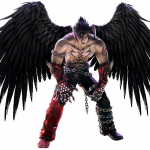 Oh my goodness.  Rhianna Pratchett confirmed that Rose is the mother of the Fourth Overlord, per her Twitter.  She's the writer for the series, so, yes, what she says is technically cannon.  Please see https://twitter.com/rhipratchett/status/592372435661488128

first thing,avoid using "canon" around here,it gets rather annoying (it reminds me of Star Wars)

This changes a lot,and makes me...feel dissapointed and angry.what kind of shit writer she is if she leaves plotholes open?

i've sent a tweet to Rhianna Pratchett,and we'll see what she'll say,though i still think it's bad writing and i heavily suspect that that statement is her personal opinion more than actual fact,i hope

if things don't get better,i'm afraid that i'll be forced to abandon this wikia after long time of service.i don't want to support this bad writing bullshit,i saw that happen too many times.

Is the First Overlord the youngest Overlord in the series? just wondering, because he looks pritty skinny for an Overlord

Also, i added some trivia to Gnarls page, and Apparently the Netherghuls are going to have speaking roles in Overlord FoE, how much i don't know: LINK

yes,he was technically being chosen at the age of 16,but he didn't became overlord until later

i don't like Fellowship of Evil,and would please avoid making changes to previous overlord character's fates (ex:The Overlad's fate) until the game is released Arbiteras (talk) 14:48, May 14, 2015 (UTC)

You are allowed to dislike Overlord FoE, but i on the other hand, am going to play it, and the idea of Netherghuls i like because then we see that there are more ways for an Overlord to be selected, as we have seen, the title of Overlord is ither gain by: ressurecting a dead hero or a powerful persion in general, by bloodline like the Overlad, or like how the First Overlord just found the armor and was then chosen to be the new Overlord. Now we got four powerful persion that have been ressurected and now must prove who is worthy of the title, like how Overlad had to earn his title in the tutorial.

Also, if you where to respond to this comment, then please respond on my User talk page, just so that you do not have as much talk and stuff on your talk page.

also also, here are some of my ideas for an Overlord game LINK , just so that you had something to read, and please tell me if you think this would have worked as an Overlord game or if it would suck.

Retrieved from "https://overlord.fandom.com/wiki/User_talk:Arbiteras?oldid=16301"
Community content is available under CC-BY-SA unless otherwise noted.