Overlord Wiki
Register
Don't have an account?
Sign In
Advertisement
in: Overlord: Fellowship of Evil, Organizations and Groups

Edit
watch 01:36
We're Getting Mutants in the MCU - The Loop
Do you like this video?
Play Sound

The Shining Justice is an organisation that embarked on numerous crusades against evil creatures in the World at some point after the downfall of the anti-magic Glorious Empire. Together, they brought the rule of the Fourth Overlord to an end and forced his Minions to flee and resurrect four champions of darkness to resume the struggle.

Such was the Shining Justice's success in eradicating all forms of evil, that in the decade since their last crusade, they have found themselves facing fewer and fewer enemies. This has become something of a problem for the organisation, particularly for its proud Paladins, who revel in slaying evildoers and basking in the resulting glory and adoration.

The Shining Justice motto is "In Obscuritas Lux", which means "In the darkness, light."

The Shining Justice is directed by three people: Sparkles as head with Lady Clarrisa and Sir Cedric as his two henchmen.

The army of the Shining Justice consists mainly of Elven Warriors, armoured in a similar manner to those of historical Evernight. Most are armed with dual weapons or a shield and weapon, whilst the largest and most elite warriors are armed with greatswords.

The Elves are commonly supported by Human Wizards dressed in hooded robes of red or blue. They can hurl spells at their enemies from a distance.

The utmost elite of the army is made up of great humans Paladins wielding maces or swords with large shields. They are capable of creating magical barriers to protect them from harm, and are heavily armoured.

The Shining Justice will also utilise formerly evil creatures that have been "cutified" by the powers of The Golden. Most common of all are the Pink Minions, who are used as little more than cannon fodder.

The Shining Justice while is fighting the dark forces of the Netherghūls. 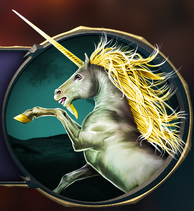