Overlord Wiki
Register
Don't have an account?
Sign In
Advertisement
in: The World, The Glorious Empire, Overlord II

The Imperial Palace is

home to Emperor Solarius of The Glorious Empire and is protected by an anti-magic shield. It also leads to the Arena Dungeons, and is surrounded by a large courtyard. You have to traverse the palace before you face off the Devourer boss battle. The Magic Containment Room is located in the palace, and, as its name suggests, is where all the magic collected by the Emperor is kept. It contains a large cylindrical vat where all the magic is kept, and Solarius leaps into it hoping to become a god. However, he becomes a hideous slug-like monstrosity known as the Devourer, and destroys the majority of the palace in the process. After the final battle,it won't be accessible anymore. 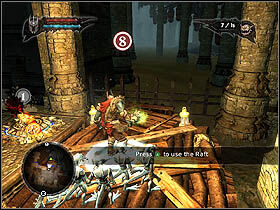 The Overlord follows the blue hive on a raft from the Arena Dungeons. 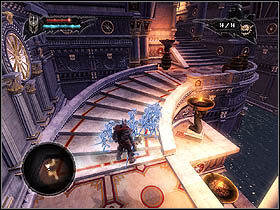 The entering the palace, existing the Arena Dungeons. 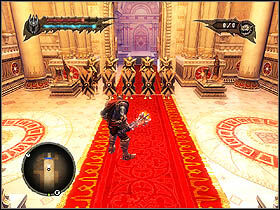 A legion of soldiers confront the Overlord in the palace. 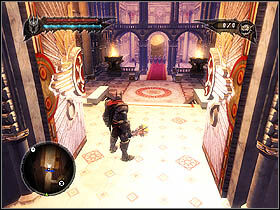 A chamber in the palace decorated with archways and pillars. 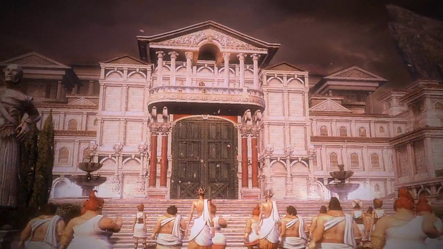 The Countyard of the Imperial Palace. 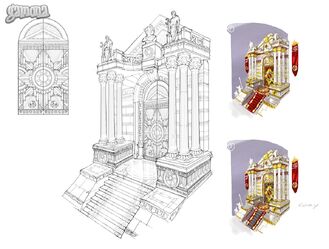 Concept Art of the Imperial Palace 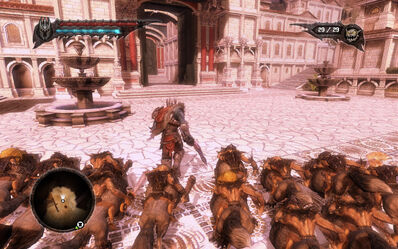 The gates of the Imperial Palace. 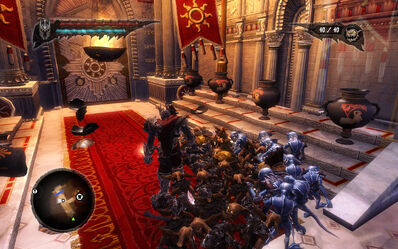 The Interior of the palace. 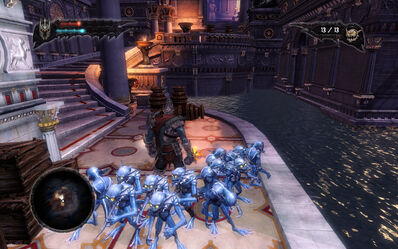 Entrance through the Arena Dungeons.
Community content is available under CC-BY-SA unless otherwise noted.
Advertisement