Gnomes are tiny humanoid creatures with very large (for their size) noses and big pointed hats. They like to pick up items such as Lifeforce and equipment and carry them off into their burrows. This can become quite cumbersome, when they carry off the rare Fairy Gems.

There are four types of gnomes, which differ in the colour of their hats, the lifeforce they drop and special abilities. While gnomes with brown hats lack any specialties, red gnomes will perform suicide attacks on the Overlord (they neither attack minions nor the Overlord when he possesses a minion's body), green gnomes can climb trees and blue gnomes can swim. While regular gnomes are merely an annoyance, the Fire Gnomes, which characterized by their burning hat tips, will latch onto the Overlord and explode. These can become a serious threat if not dealt with quickly. All of them communicate in a high pitched squeaky voice.

In Overlord II the gnomes declare war on the Overlord,because he gets the Evil Presence Spell from them, one of them pushes the Overlord, he smashes the gnome and the Overlord is set before the task to kill a thousand gnomes. Though this does not seem to yield anything, other than huge amounts of Lifeforce from killing them. The 1000th gnome that is killed will drop the Gnome Champion hat, and you'll be awarded Gnome Grinder.They are the perfect bait for the Eradicator Agents.

Note: The gnomes yield not only Lifeforce when killed, but sometimes also rare Fairy Gems. Visit the Everlight Facility for a dependable endless supply of gnomes, waves of six every 13 seconds (they will only spawn infinitely on revisits after you first clear Empire Facility). They are also found in crates, in the Empire Sewers. Many Fire Gnomes can be found in the Wasteland Sanctuary Depths and The Empire Arena. They can be killed easily with circular strikes, performed with The Smooth Slicer. 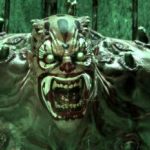 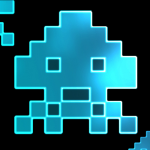