Overlord Wiki
Register
Don't have an account?
Sign In
Advertisement
in: Creatures, Enemies, The Glorious Empire,
and 2 more
English

"It's the pride of the Empire! It's the champion of the arena! It's the Gargantuan!"

— Marius introduces the Gargantuan during the games in the Empire Arena.

Gargantuans are large, muscular super-humanoids created in experiments by the Glorious Empire (though the Empire Soldiers are told that they are from a 100% natural breeding program). This likely involves the Magical Plague in some form, utilised in a way that enhances a warrior without mutating them into a Magic Zombie.

Gargantuans are commonly equipped in the armour of a gladiator and wield large, wide-tipped swords.

They cannot see well, nor are they very intelligent, and will randomly charge in the general direction of the Overlord or his minions. This can be used to remove obstacles in the Overlord's path. They are hailed by Marius as champions of the arena, and are widely revered by both the Empire's citizenry and soldiers.

A Gargantuan's' charge does not do much damage, but their sword-swings can be lethal. It is best to trick the Gargantuan into charging into a wall or other obstacle and attack them while they are stunned.

If you have The Apocalyptor mace, you can take on a Gargantuan without any help from your minions, and on the power swing, it will usually knock them down to the ground, giving you a chance to attack them. 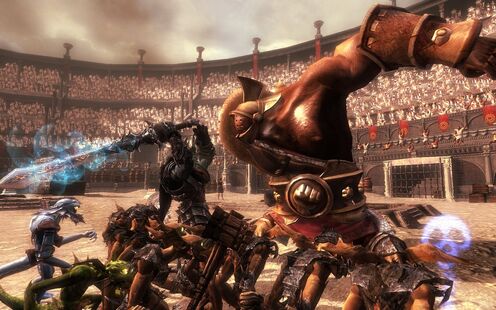 The Fourth Overlord, fighting a Gargantuan in the Empire Arena. 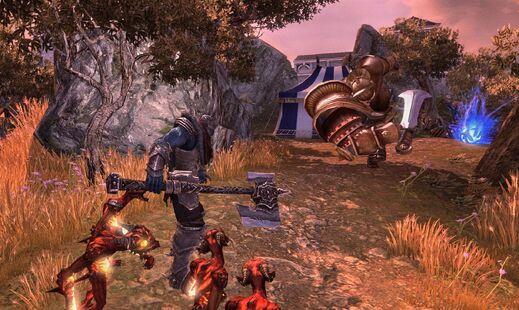 A Gargantuan, guarding a Spell Catalyst, in Empire Camp. 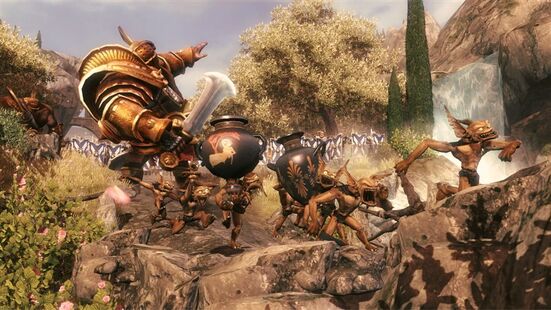 Browns, stealing pots, and chased by a Gargantuan. 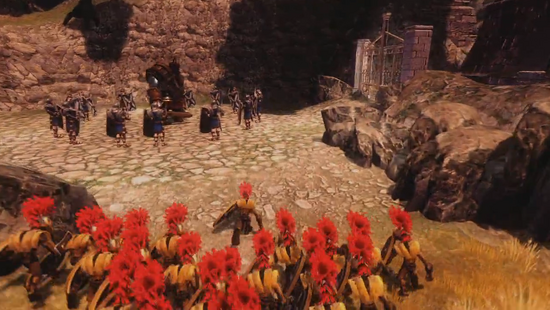 The first encounter with a Gargantuan. 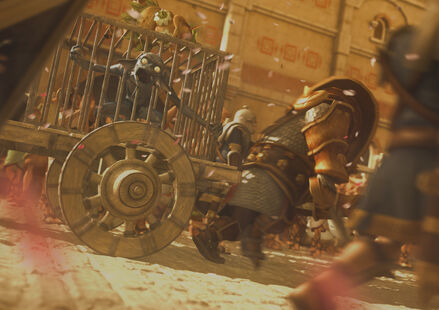 A Gargantuan, lifting a cage with a fairy and Blue minion. 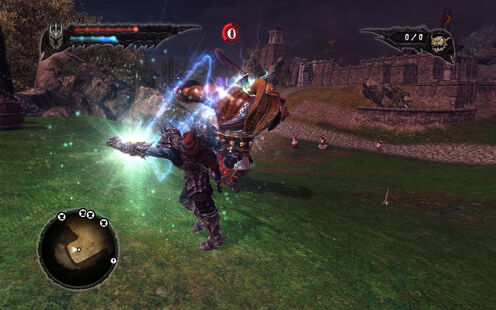 Combat with a Gargantuan, near Empire City's gates.
Русский
Community content is available under CC-BY-SA unless otherwise noted.
Advertisement