Overlord Wiki
Register
Don't have an account?
Sign In
Advertisement
in: The World, The Glorious Empire, Overlord II

The Overlord is captured by sentinels in the Imperial palace and brought to the arena. It is also believed that Florian was brought here, but it is later revealed he is Emperor Solarius, and he claims to have escaped with the help of a Fairy.

When the Overlord is brought here before the citizens of the empire, and the Emperor himself, he is pitted against waves of various enemies, including Empire Slaves, unicorns, gargantuans and a Yeti.

The Overlord luckily escapes by destroying the imperial lodge above the arena where the Emperor is sitting with Marius. 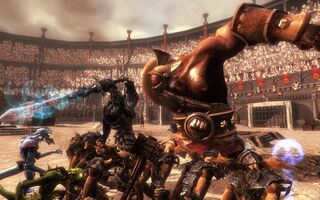 The Fourth Overlord,fighting with a Gargantuan, in the arena, using The Warlock. 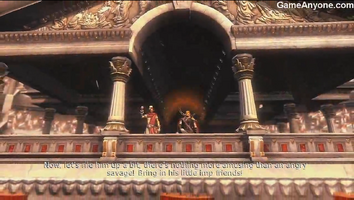 Marius and Solarius sitting at the Imperial Lodge. 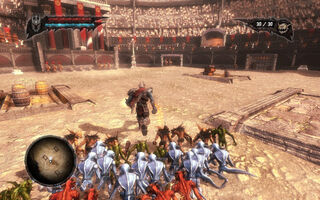 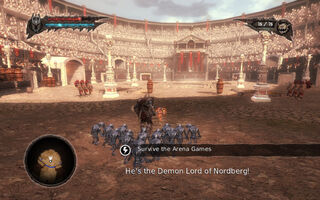 "He's the Demon Lord of Nordberg!" 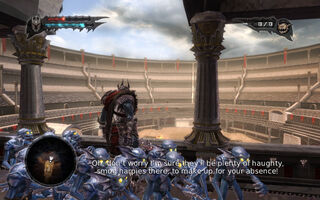 Imperial Lodge above the arena.