"A World without Elves is like a dream with open eyes"

Gnarl on the Elves

Elves are a slim, magical race, with long pointed ears native to Evernight Forest, the isle of Everlight and also appear to have a significant population in the Sanctuaries.

Elves look similar to slender humans save for their long pointed ears and delicate features. They can use magic and prefer to live in forested areas. They are slightly shorter than humans, and they're psychologically weak, since they were enslaved multiple times and threatened with extintion at least once, however, the outcome is not known

The elves of Evernight Forest once lived in tune with the plants and animals until their hero Oberon failed to protect them from a dwarven invasion. In Evernight Forest, the roots of a tree where Oberon Greenhaze sleeps cover the elves' home, who are now nearly extinct due to the nightmares of Oberon and their slaughter at the dwarves' hands. After the invasion the surviving elves were taken back to the Golden Hills by the dwarves, enslaving them, putting the males to work in the mines and segregating the females away in Goldo Golderson's Royal Halls. The spirits of the dead elves still haunt Evernight Forest, but they will not attack the Overlord unless provoked. It is possible to save the elves from extinction by rescuing the female elves from Goldo,if the elves were leaved for the gold,after several encounters with the ghosts,they will turn hostile and they will have to be killed.

The elves appear regardless of the choices made in Overlord, and are being hunted by the Glorious Empire that is seeking to purge magic from the land. The elves are obsessed with nature, and are committed to defending animals and magical creatures from the Empire. They are led by Queen Fay for most of the game, and resemble "hippies" in style and speech,the opposite of the Evernight elves who were always in grief and sad mood resembling 'emos'. the Old Overlord could have made the Evernight elves 'sect' go extinct, but the Everlight elves survived by hiding or weren't still noticed by the Overlord before his empire fell.

The elves in Overlord hate the dwarves and despise everything they stand for. Before their war with the dwarves, the elves lived in peace with the dwarves and were relatevy neutral towards each other, but due to the acts of the First Overlord, they went to war. The war proved fruitless, and not one of the sides benefited. Yet they passed on their grudges to the next generation, which continued to hit each other with sharp objects until the Second Overlord manipulated Goldo to sack Evernight to have more gold,and take the remaining elves as slaves.

The "Good" Elves are not mentioned, but you learn that a community of Dark Elves lived in the caves of Nordberg. They had built their areas in the icy caves and used their mastery of ice magic to convert their home, making it so powerful that force Shining Justice had committed for Dwarves mercenaries to storm.

A great number of "good" Elves are enlisted in the ranks of the Shining Justice army, they seem to form the core of the organization army, have found in most missions.

Another race of elves, the "Nether Elves", exist. It is an evil elves race, live underground and being affected by the Golden. They travel to lands controlled by the Minions in the Netherdeep, and are associated with the Shining Justice to be at peace.

Unlike in Overlord or Overlord II, the elves of Overlord: Dark Legend speak with thick Eastern-European accents.

A community of Dark Elves lived in Nordberg, but they were decimated by the forces of the Shining Justice with the help of the Utter Bastards mercenaries, led by Hakon. 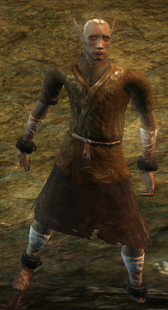 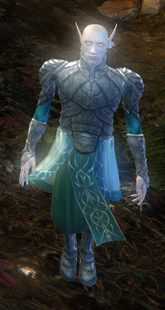 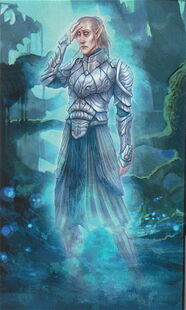 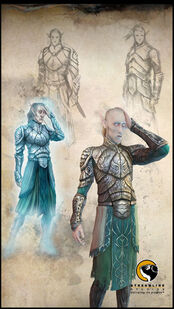 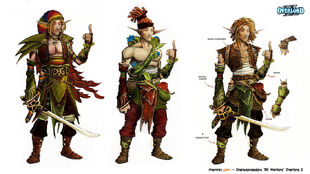 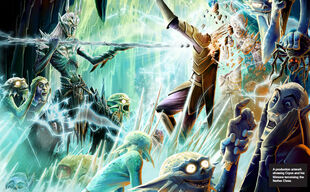 The face a Nether Elf 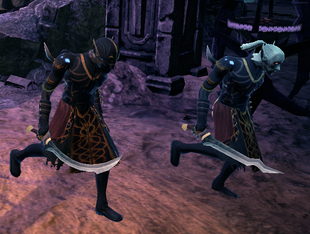 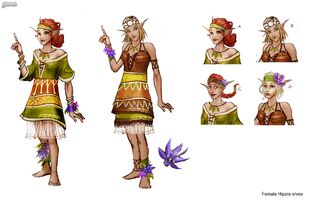 Concept art for the Elf females
Add a photo to this gallery
Retrieved from "https://overlord.fandom.com/wiki/Elf?oldid=17715"
Community content is available under CC-BY-SA unless otherwise noted.